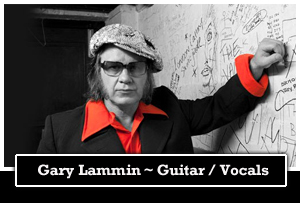 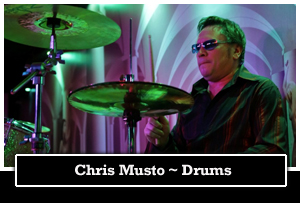 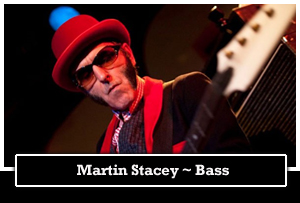 Claiming all the credentials of a bonafide ‘77 super group, The Bermondsey Joyriders is a band pooling the hard-won experience and history of three veteran punks. Founding members Gary Lammin (vocals / guitar) and Martin Stacey (bass) cut their teeth in the Joe Strummer-produced Little Roosters and Generation X precursors Chelsea respectively, whilst recent recruit Chris Musto (drums) is a sticksman of some credentials – having previously played with Johnny Thunders, Joe Strummer and Nico, to name but a few!

More than the sum of their impressive punk rock heritage however, The Bermondsey Joyriders have won praise for splicing those sounds from suburbs with raw blues and Lammin’s startling slide guitar – emerging with a sonic signature that is undeniably all their own. Given just 12 hours (!) in the studio to lay down their self-titled 2008 debut, they managed to produce a record which Classic Rock magazine’s Carol Clerk deemed to have “pulled off a really impudent mix of influences”, and which Guitarist magazine’s Charles Shaar Murray felt had achieved a “unique spin on punk-blues”.

Now with second album Noise and Revolution The Bermondsey Joyriders show listeners what they’re really capable of. Given all the hours of studio time the budget would enable – over a number of weeks, and under the direction of Cure and Depeche Mode producer David M Allen, the band have created an ambitious concept record, which fully realizes the ideas that won acclaim when merely sketched out on their debut.

Gleefully burning the three chord rulebook, Noise and Revolution finds real punk rebel spirit in blues, soul and 60s psychedelic sounds, but most radically twists the ’77 blueprint with the words provided to it by the inimitable John Sinclair. Acting as narrator on spoken segments between the song, performance poet, MC5 manager and counter culture icon, Sinclair tells Noise and Revolution’s story with a poet’s pace and rhythm, a wicked humour, and the relevant, rare life experiences to make his parts captivatingly convincing.

In summer 2011, the band began offering gig-goers the opportunity to hear this unique record, by performing it live and in full at on a string of date, for which Sinclair has joined them onstage to recreate his narrative parts. Live performances of ‘classic’ albums may now be a default move for acts at certain stage of their careers, but The Bermondsey Joyriders’ decision to give a not yet released record this treatment, is indisputably brave and fresh. It’s a move which speak volumes about their confidence in the recording, a confidence which the strength of crowd and critical reaction since has confirmed to be rightly placed.

In his review of its premiere performance, PureRawk.com writer Andy James declared Noise and Revolution an early album of the year contender, saying “this is tight, angry music with something to say and a valid point to make. Be honest, how many new bands can you honestly say that about nowadays?”. Vive le Rock magazine, when giving their verdict on ‘Joyriders support set to Marky Ramone – which ended to cries from an encore from a crowd entirely fresh to the tunes, demanded readers “see ‘em at all costs“. This is most definitely the time to join the revolution and come along for the ride!